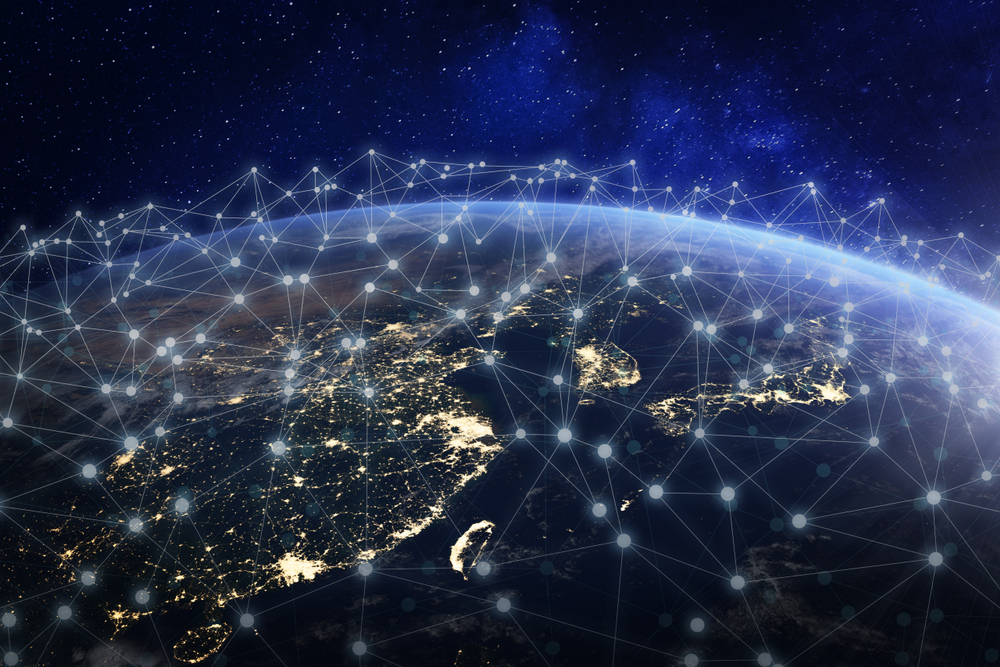 If you’re looking to identify a market or business segment poised for phenomenal growth and disruption in the coming years, you only have to look to the stars. The commercial space industry is exploding thanks in large part to the evolution of SmallSats, CubeSats, commercial launch, and other technological and industry advancements that are opening the door for innovative startups to get into orbit.

This is an exciting development for investors looking for a new industry with incredible opportunities for growth in the future. But it’s even more exciting for the government, which is now benefitting from commercial innovation and advancement in a domain that used to be exclusively government territory.

One of the companies that is making a name for itself in the commercial space industry is HawkEye 360, a provider of RF GEOINT data to government and commercial customers. The company’s recent Series B funding round netted them $70 million from a number of globally-known investors, as well as a Corporate Growth Award for Deal of the Year ($50M-$250M).

We recently sat down with HawkEye 360 CEO, John Serafini, to learn more about the company’s successful Series B round of funding, the trends driving the company’s growth, and the new opportunities for innovative startup companies in space. Here is what John had to say:

Corporate Growth, Capital Style (CGCS): Can you tell our readers a bit about HawkEye 360?

John Serafini: Radio waves are everywhere. It’s an important part of how people communicate, navigate, and sense. HawkEye 360 is the first company to use satellites to identify and locate these radio frequency (RF) signals. It’s an entirely new dimension of knowledge that is able to reveal previously unknown activity. We are selling this RF data to a range of U.S. government, international government, and commercial customers.

This RF data is valuable for many applications:  Finding and tracking dark ships that might be engaged in smuggling or illegal fishing. Helping defense and security agencies evaluate potential threats and protect borders. Assisting search and rescue operations by helping locate people with emergency beacons. Conducting RF surveys to analyze how spectrum is being deployed for the most efficient use of telecommunication frequencies.

CGCS: The past few years have seen an explosion in the number of SmallSats being launched in non-geo orbits. What market conditions and changes have opened the door to this? Why are we seeing this SmallSat innovation now?

John Serafini: As technology has advanced, it’s become possible to pack more capability into a much smaller package. In fact, an entire ecosystem of providers now exists to serve the small satellite industry.

Additionally, launch is now more cost-effective and more readily available because of entrants like SpaceX and other launch providers. Ridesharing, where many small satellites are placed on one rocket, has become common.

CGCS: Traditionally, satellites generating GEOINT data were launched and operated by the military and federal government. What market opportunities are out there for commercial companies that can provide this intelligence? Why is this something that industry partners should be providing?

John Serafini: Decades ago, the only earth imaging satellites were owned by governments. But starting in the 90’s, the first commercial operators launched satellites to capture visual images of the earth’s surface. This has proven very beneficial to the U.S. government and people around the world, expanding access to high-quality imagery.

In a similar manner, HawkEye 360 is delivering the first commercial source of RF geospatial intelligence (RF GEOINT) data. We are paving the way for the U.S. government to take advantage of private-sector investment and innovation. Our accessible and shareable RF data expands the range of applications where we can deliver value for government needs.

CGCS: HawkEye 360’s Series B Funding was named the Deal of the Year ($50M-$250M) by ACG National Capital. Can you tell our readers a little bit about this round? Which companies participated? What will those funds be used for?

John Serafini: After having successfully launched and proven the capability of three satellites, HawkEye 360 was well-positioned for growth. We lined-up a series of new investors such as Advance, Airbus, and Esri as well as existing investors Razor’s Edge, Allied Minds, and Shield Capital Partners to close $70 million in Series B financing.

This Series B financing was one of the largest investment rounds for a Washington D.C. region startup in 2019 and among the largest investment rounds for a new space company nationally. We’re using the Series B funding to rapidly scale the company and deploy our full constellation. Having more satellites in orbit will enable us to collect RF data about every 45 minutes.

CGCS: Why were Airbus and Esri exciting new partners and investors for the company? What do they bring to the table?

John Serafini: Airbus is a global leader in the aerospace and defense industry. They have an extensive portfolio of Earth imaging satellites, so our RF data provides a complementary fit to what they can offer customers. Airbus will distribute HawkEye 360’s RF data and analytics across Europe to augment its maritime, defense, and intelligence products.

Esri dominates GIS mapping, with their ArcGIS software used by everyone. Since our RF data will be important to their government users, this is helping them remain on the cutting edge of geospatial trends. We’re about to release an Add-In tool so that users of ArcGIS can more easily import and manipulate our data.

CGCS: What’s next for the company in 2020/2021? Are there particular government contracts the company is eyeing? New milestones or additions to the satellite constellation that you’re comfortable sharing?

John Serafini: We’ll be deploying the rest of our constellation through a series of launches throughout 2021 and 2022. We have the first of our next-generation satellites launching in January 2021 out of Cape Canaveral, Florida. This will enable us to collect more data to serve growing customer demand.

And, on the ground, we are about to release an RF visualization and analysis platform called Mission Space. It’s the first commercial RF GEOINT software customized for this purpose. This will make it much easier for users to make discoveries with our data.