Dr. Larry J. Sabato Peers Into His Crystal Ball and Predicts the 2020 Election for ACG Members 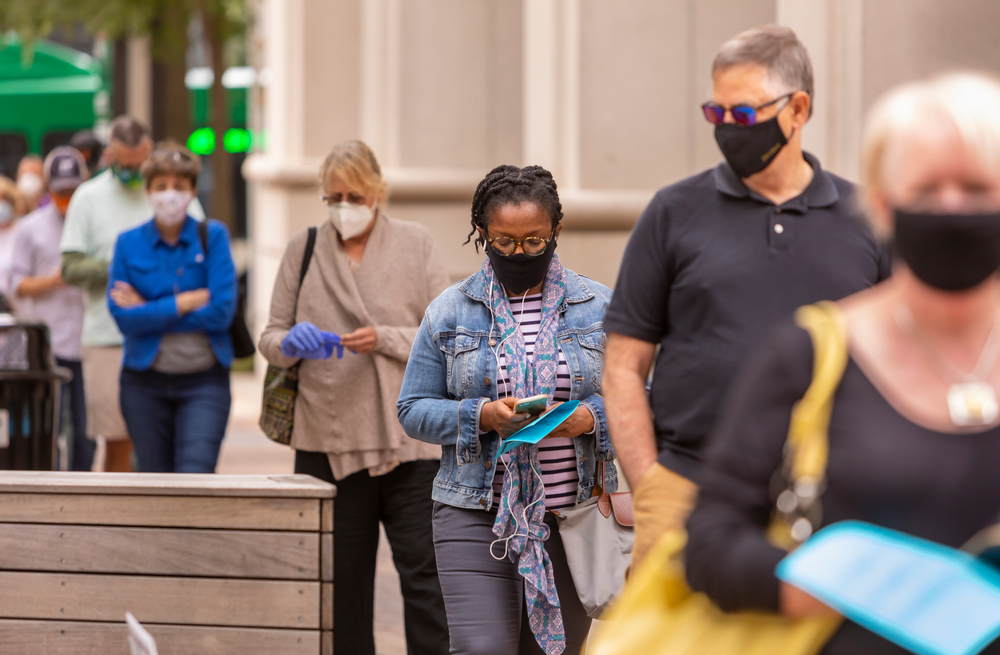 Last week, ACG National Capital, ACG Maryland, ACG Charlotte, ACG Richmond, and ACG Raleigh joined forces to welcome author and UVA Center for Politics founder, Dr. Larry J. Sabato, to speak to their membership about the 2020 election and provide some context and insight into what could happen in November.

Dr. Sabato is uniquely qualified to prognosticate on the upcoming election. He’s a New York Times bestselling author, recipient of three Emmy awards, and one of the nation’s most respected political analysts. He is also the author of the recent book, “TRUMPED: The 2016 Election That Broke All the Rules,” which explores the outcome of the 2016 election that put the Trump Administration into the White House.

Dr. Sabato also heads up Sabato’s Crystal Ball, a leader in the field of political prediction. And that crystal ball came in handy at this exciting, virtual event.

Based on what Dr. Sabato told ACG members, it sounds like there could be a new President moving into the White House come January, and much of that could be a result of the COVID-19 pandemic, which has had a massive and profound impact on our country, it’s economy and the health and safety of its people. But, in January, all signs were pointing in a different direction.

As Dr. Sabato explained, “This has not gone the way Donald Trump intended. If you go back to January first – which is when pundits and prognosticators are surveyed about what is likely to happen in November – everyone thought Trump was an even bet or favored to win the election because of the economy.”

However, since that time, the COVID-19 pandemic sickened millions of Americans and resulted in the deaths of more than 220,000 citizens. Numbers that Dr. Sabato argue will make the pandemic, “…the central issue of this election.”

The impact of the COVID pandemic can’t be understated. From January to today, the race has turned completely, with Dr. Sabato claiming that – today – he would, “…much rather be Joe Biden than…Donald Trump.”

However, despite prognosticators and pundits – such as Dr. Sabato, himself – anticipating a Biden victory in November, the 2020 election may be a lot closer of a race than many Biden supporters and pollsters are predicting. According to Dr. Sabato:

“We’re going to have a closer election than the polls suggest. You may have seen stories or headlines lately featuring several academics saying there is no hidden Trump vote. Well, I’m an academic and I’m here to tell you that that isn’t true. [The hidden Trump vote] is not ten points, but it’s a point or two.”

A strong economy pre-pandemic that supporters attribute to President Trump is one reason why Dr. Sabato thinks the race could be closer than some anticipate. A smart election strategy that has been in motion since 2016 and is focused on bringing more supporters to the polls could also play a role. As Dr. Sabato explained, “What’s often forgotten is that [Trump] announced for reelection the day he was inaugurated. And they have spent millions and millions on having the Trump vote that didn’t turn out in 2016 turn out this time.”

This is why Dr. Sabato calls the current ABC and CNN polls that put President Trump behind by as many as 12 points or more, “laughable.”

In fact, Dr. Sabato laid out some ways in which President Trump could lose the 2020 election popular vote by wide margins and still eke out an Electoral College victory:

“We learned from 2016 that you can win the popular vote by three million and lose the electoral vote significantly. If you plot it out and the votes fall kinda the way they did in 2016…Trump can get more than 270 Electoral College votes and still lose the popular vote by seven or even eight million.”

Despite these warnings for conservative thinking and caution, Dr. Sabato did still anticipate a win for Democrats in November – a trend that could extend well beyond the Presidential race. He predicted the Democrats would keep the House of Representatives – potentially even gaining a larger majority than they currently enjoy. He also anticipated Democratic gains in the Senate, but with the odds on a Republican majority or a tie being the end result.

“The House is almost certain to stay Democratic,” Dr. Sabato explained. “In the Senate, we have it at 50-50. The Vice President would break the tie.

Regardless of the outcome of the 2020 election in November, there is one thing that Dr. Sabato was completely confident in – and that was the country’s continued polarization and increased partisanship.

“We have gotten to the point where we are so partisan and polarized that a record few voters split their tickets,” he explained. “We had elections in the 1970s where half the voters or more would split their tickets. Now, a large majority of voters vote for the same party, right straight down the ballot.”

Be sure not to miss the next ACG Monthly Meeting entitled, “Family Office Dealmakers: Perspectives, Priorities and Strategies.” This virtual panel discussion will tackle how generational wealth and family offices are impacting M&A, traditional institutional investors and others in the middle market and deal space.