The Stephen S. Fuller Institute Dissects the Health of the National Capital Economy 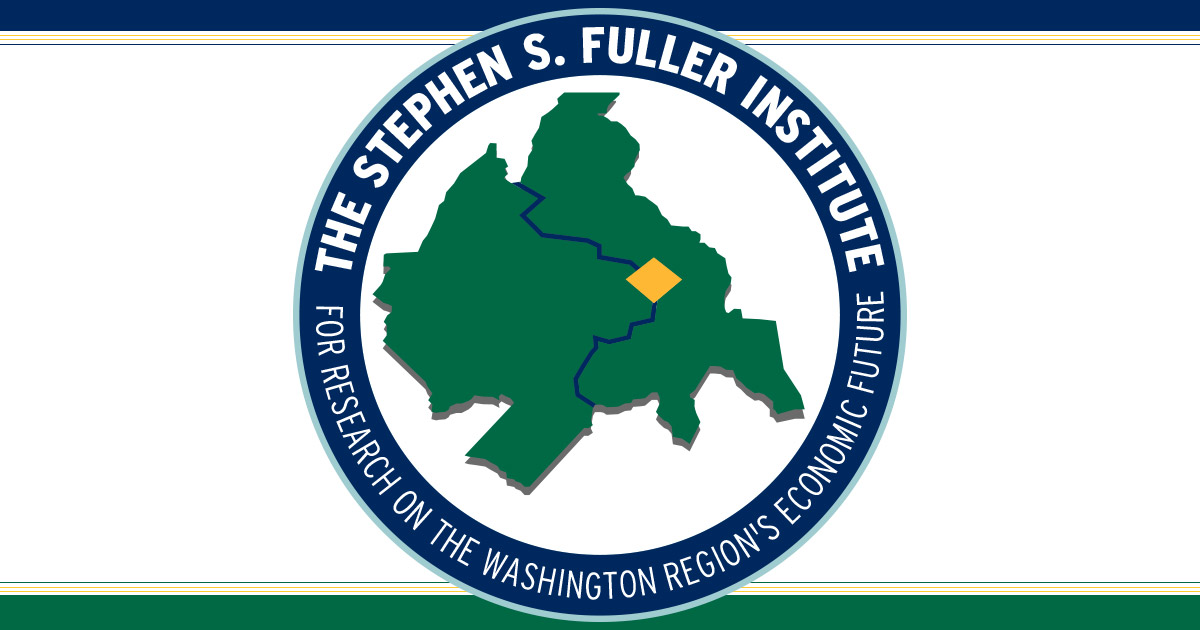 Whether the economy is in the middle of an expansion or a recession, understanding the health of your region’s economy—what sectors are over- or underperforming, how tight the labor market is, its overall growth rate—is vital intelligence that middle market dealmakers should factor into their strategic planning.

In the National Capital region, getting that granular level of detail and analysis means turning to the Stephen S. Fuller Institute at George Mason University, a widely respected center of information and interpretation for the Greater Washington economy.

This month, ACG National Capital members were given an exclusive briefing by Jeannette Chapman, the director of the Stephen S. Fuller Institute.  During their conversation, Ms. Chapman offered them key insights into the state of the regional economy—not only the raw numbers, but also a valuable look into what business leaders can expect as the pandemic continues to affect the National Capital region.

The latest of what have already been several high-value learning opportunities that ACG National Capital has hosted as summer gets underway, Ms. Chapman’s briefing preface the slew of networking opportunities and panel discussions that have been planned throughout the summer months to help ACG members continue to build networks that are worth cultivating.

Here are just some of the highlights that members took away from the session.

“We are not as insulated from this recession as we’re used to,” Ms. Chapman remarked on the National Capital region’s susceptibility to the pandemic’s economic impact.

However, by some metrics, the National Capital region has shown more resilience to recessionary pressures than other large metropolitan areas.

“We are doing better than our peer metros, but ‘good’ isn’t as good as it was in previous recessions,” Ms. Chapman explained.

Part of the reason for the National Capital region’s resilience stems from our fundamental mix of industries. “We’re not manufacturing anything, we’re not producing energy,” said Ms. Chapman. “And we have a lot of knowledge workers who can go home and continue their day-to-day [business] activities” in pandemic conditions.

Industries at Risk in the Washington Area

According to Ms. Chapman, the current downturn breaks from what we would typically expect from a recession in that its onset has been particularly sudden and has been felt exceptionally hard in a handful of industries, whereas recessions are usually more gradual and impact more widely across economic sectors.

Nationally, and pretty much everywhere locally, Ms. Chapman showed the retail trade and leisure and hospitality sectors have felt the effects of the slowdown particularly hard.

The retail trade, Ms. Chapman said, “fell off a cliff” as consumers curtailed their non-grocery shopping, and the leisure and hospitality sector has shed nearly half of its jobs as hotel bookings and restaurant business decreased.

“It will not just bounce back immediately,” Ms. Chapman said of the travel and hotel industry.  Because travel is often booked far in advance, it may take as long as two years for the sector to recover what has been lost in the past few months.

The Importance of Consumer Sentiment in the Eventual Recovery

Although consumer sentiment plays an important role in any economic condition, it is especially true now that the rate at which consumers regain the confidence to venture into public spaces will be a key factor that dictates the rate at which our regional recovery will take place.

Assuming there is no second wave and a vaccine produced, Ms. Chapman envisions two paths that an economic recovery could follow, with greater confidence meaning a slightly smaller contraction in 2020 and recovery by 2021, or a slightly deeper contraction and later recovery, if lower confidence were to prevail.

Industries to Watch for Growth Opportunities

Despite the uncertainty of this particular moment, Ms. Chapman believes that the emerging growth industries that have presented themselves over the course of the last 6 years will continue to be areas that, on the other side of this crisis, will be big drivers of growth in the National Capital region.

Looking at the biological & health technology, information and communications technology, and science and security technology groups, Ms. Chapman pressed her audience.  “This is the source of our main high value add jobs” going forward,” she said.

To learn more about ACG National Capital’s schedule of events, including a panel discussion with experts from NASDAQ, click HERE.