Mehul Sanghani of Octo Consulting explains the value of networking 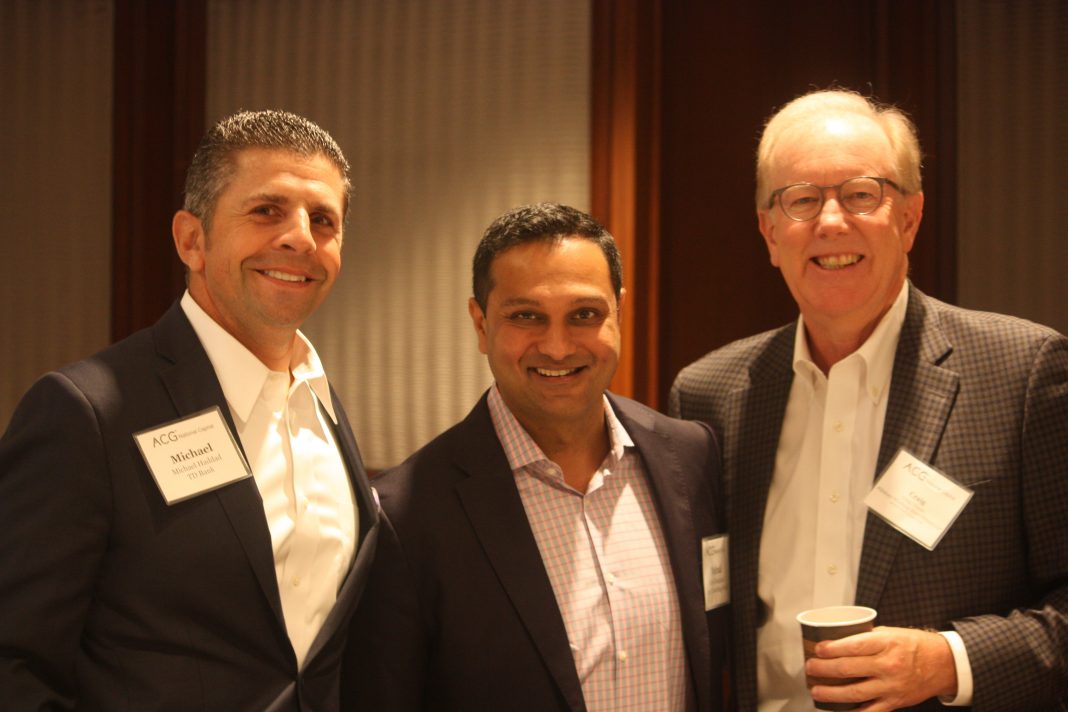 No business makes it on its own. Regardless of the industry it’s in or the solution it provides, a company’s success often requires leveraging relationships across the business community. Whether it’s to seek guidance on the development of a growth strategy, to identify new opportunities, or to recruit the talent they need to grow their team.

This point was hammered home by Octo Consulting CEO, Mehul Sanghani, at ACG National Capital’s September monthly meeting who noted that, although his company’s success might look like “a 45-degree angle…there [were] a lot of ups and downs along the way.” According to Mr., Sanghani, many of those “ups”  were a result of help received and relationships built with other individuals and organizations within the business community. As Mr. Sanghani pointed out, “…anyone that has a success story has done so on the shoulders of other people, and I’m no different.”

To illustrate this point, Mr. Sanghani showed the ACG members and their guests in attendance how he smartly utilized his connections across the industry to grow his company’s profile because, in his words, “the relationships that we had begot [other] relationships.”

As an example, Mr. Sanghani pointed to how important the mentorship of Jack Arthur, a former chief information officer (CIO) at a federal agency, was in Octo’s earlier years. Mr. Arthur was instrumental in Octo Consulting’s early growth and success because he was able to introduce the company to former colleagues who might need its services, while bolstering the year-old company’s credibility on the strength of his expertise.

As Octo moved from infancy and became a fast-growing, multimillion-dollar enterprise, the company continued to leverage previous relationships established by employees during their time at companies such as Booz Allen and Gartner. These relationships helped Octo Consulting to continue generating new business as old clients moved into new roles, started new projects and looked to leverage good work done for them in the past.

As Mr. Sanghani looked out at the ACG members and guests assembled, he noted that many of the “giants,” such as Mark Bronfman and Joel Kim of Sagemark Consulting, were there among ACG’s membership. Both Mr. Bronfman and Mr. Kim were instrumental to Mr. Sanghani as he grew the business.

Mr. Sanghani eloquently made the case for being a part of the ACG National Capital community. In addition to getting the opportunity to hear from successful business leaders like Mr. Sanghani or Tenable’s co-founder Jack Huffard, being an ACG member also means an opportunity to get involved with other corporate growth professionals and proven dealmakers  that can assist as companies move to the next step in their growth strategies.