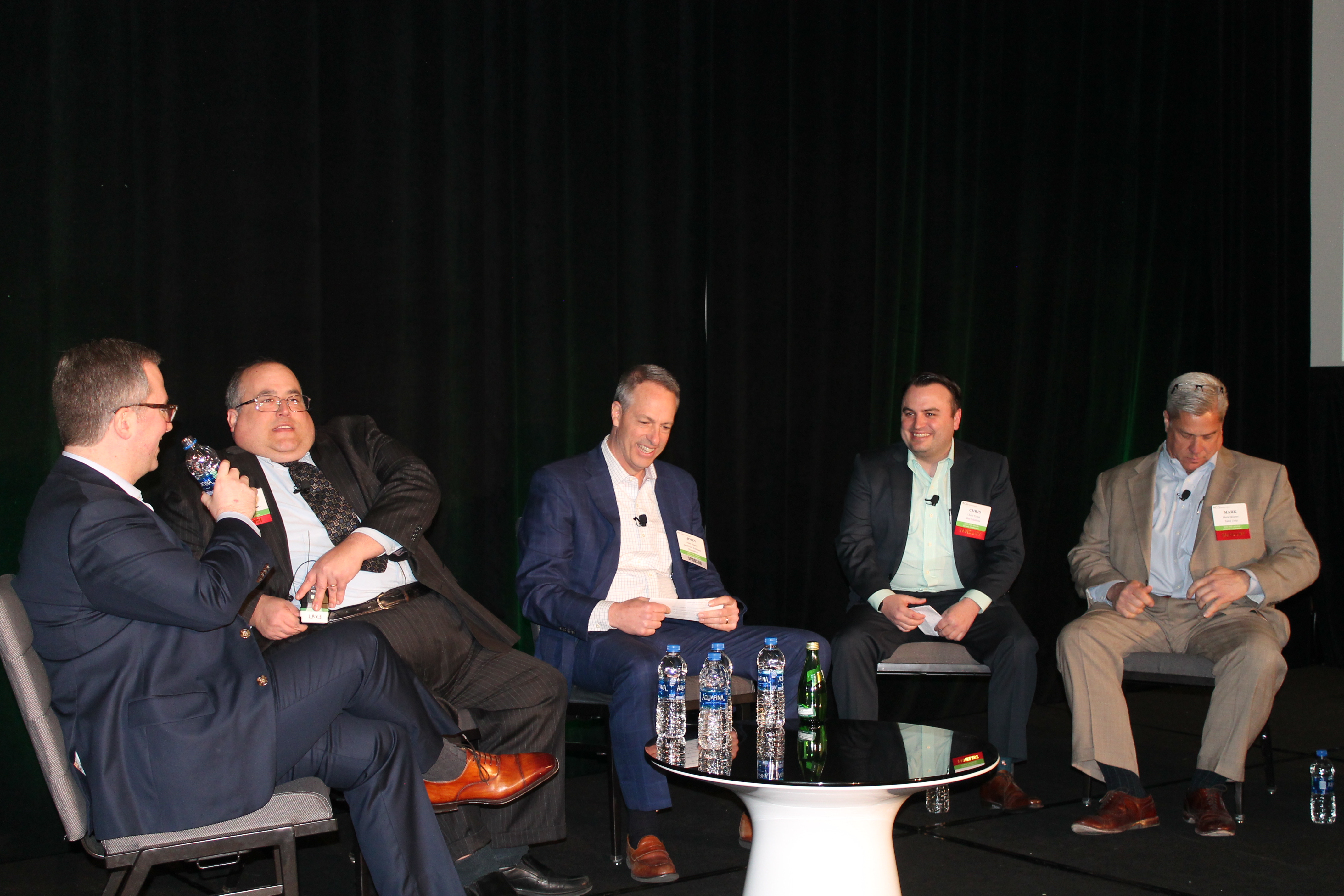 The past year has been an especially active one for dealmaking and merger and acquisition activity in the National Capital region. From CAVA’s acquisition of Zoe’s Kitchen to General Dynamics’s purchase of CSRA, there have been a number of transformative and strategic acquisitions and deals across numerous industries in our area.

With so much deal flow in the past year, many business leaders in the region are probably wondering whether a merger or acquisition is the right strategy for them. Or, should they be focusing on growing organically?

One of the panels at last month’s 2019 Mid-Atlantic Growth Conference sought to answer that question and help business owners and entrepreneurs identify the right growth strategy for their company. The panel, which included John Hagan of SunTrust Robinson Humphrey, Jim Ghiloni of Wolf Den Associates, Mark Skinner of Xator Corporation, David Wodlinger of Arlington Capital Partners and Chris Wynes of Metis Solutions – agreed that in the big picture, it is not so one or the other: inorganic acquisition or organic growth. What really matters is that any strategic merger or acquisition ultimately help to spark continued organic growth into the future.

Mr. Skinner used his own company, Xator as an example. Each of their acquisitions, he claimed, were a means to “connect the dots” and build the capability to meet future opportunities for organic growth.

He described one of Xator’s acquisitions as a means to get a hold of a “club card” to sell their services to the agencies of the intelligence community. To do that by their own devices, he estimated it would have taken them $5 million over five years. On the time scale alone then, buying an established relationship in such a cloistered community as the intelligence community meant that Xator gained years back of potentially potent organic growth from this new market.

This is a key point for any would-be acquirer.  Acquisition needs to have a point, a strategy for follow-on organic growth behind it.  And this extends to other acquirers, too, not just corporate acquirers.

In Mr. Woodlinger’s long experience in private equity, even when buying firms with the intent to sell later, there has to be a strategy to grow the assets and ensure that it actually yields a return on the back end. That need for organic growth helps them identify acquisition targets.

“We try to buy companies that, as a set, have capabilities that would do better combined than they do on their own.” Even from the perspective of a sponsor that uses M&A as a means to generate a profitable sale later on, it isn’t enough to expand the portfolio with an acquisition.  There needs to be a thoughtful plan for how they can use the assets they own to build growth in each of the pieces of their portfolio.

Once again, ACG members and other corporate leaders were reminded that organic growth and mergers and acquisitions are not mutually exclusive. One often leads to the other, and smart growth plans will often utilize acquisitions when necessary in order to jump start organic growth in the long run.