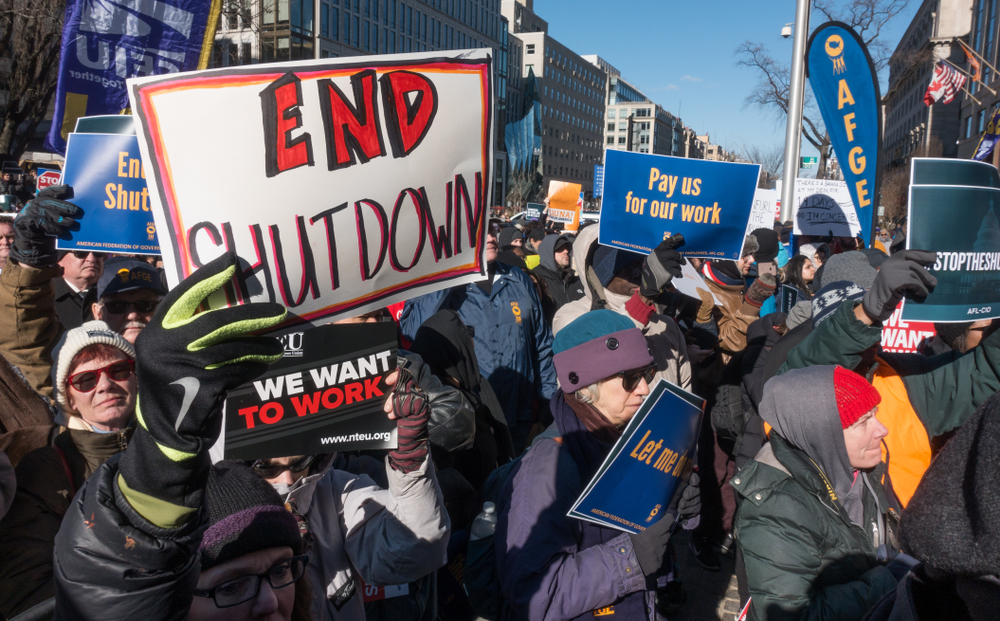 Just last Friday, it was announced that the President would sign a bill authorizing the reopening of the federal government and ending the longest government shutdown in the history of the United States. Unfortunately, this development could only be temporary, as it only funds the government for three weeks as elected officials work to come up with an immigration and border security agreement.

Should the government close again in three weeks, it could have a massive impact on the region’s economy. As we discussed in a previous post on Corporate Growth, Capital Style, despite the region’s burgeoning growth in other market sectors – including hospitality, technology and other industries – much of the region’s workforce works directly for or as a contractor to the government. The federal government is still the National Capital region’s largest employer, and many of the companies doing business in and around the Capital Beltway count the government and its agencies among their largest customers.

This is why the shutdown was so detrimental and impactful to this region, in particular. And this is also why the National Capital Chapter of the Association for Corporate Growth (ACG) recently sponsored a special “interactive discussion” with a panel of legal and business experts to discuss the impacts of the shutdown and ways businesses could mitigate the damage that it was doing to their bottom line and employees. 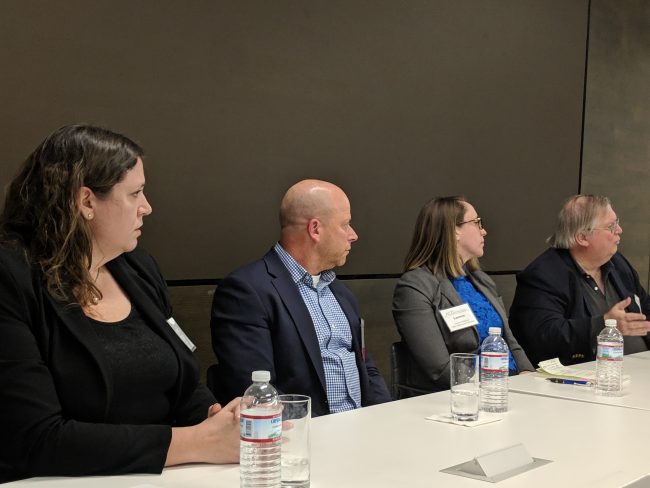 With many agencies shutting down, contracting companies had been asked to stop work and had seen their payments from government agencies stop. But the lack of receivables coming in the door was just one of the issues facing contractors during this epic shutdown.

Unlike the federal government, the private sector doesn’t have an option to furlough its employees. There is no equivalent to furloughing for companies – they either must lay off many of their employees or continue to pay them while they wait for their government work to resume. With no money coming in from government customers, the cost to keep employees on board and compensated can become a major challenge for companies. This is compounded by the fact that there is no back pay for contractors, although back pay has been approved for federal workers.

As a government contractor that was navigating the rocky waters of the shutdown during the discussion, panelist J.D. Kuhn, the CFO of SalientCRGT, provided incredible insight into the impact of the shutdown on a business. He also elaborated on some candid and innovative steps that the company was taking to help mitigate this impact on the business and its employees.

“[Our employees] started to use their PTO balances that they’ve accumulated in an effort to try and keep paying these people and minimize the impact on them. We’ve [also] given them all 40 hours of what we call ‘negative leave.’ We’re trying to make sure people’s paychecks aren’t affected.” Mr. Kuhn explained. “Our executives have [also] all taken a 20 percent pay cut for the time being.”

All of the panelists agreed that shutdowns are seemingly becoming more pervasive – something that has seemingly become a tool or bargaining chip in political negotiations. Even if a company takes creative and innovative steps to mitigate the impact of the shutdowns when they happen, there can still be serious damage waiting for companies that don’t plan and respond correctly. Here are three of the most essential things for each company to consider in advance of and during a government shutdown to help them survive.

Over communication and consistency in communication
According to panelist Kara Ariail of Holland & Knight, one of the most important considerations for companies as they enter a government shutdown involves their employees. “Feelings of unfairness drive claims,” Ms. Ariail explained when discussing how keeping employees happy and informed could possibly be as important for managing risk – if not more important – than compliance with federal and state employment laws.

Part of that involves overcommunicating with employees about what’s happening, how it’s impacting he business, how it impacts them personally and the steps the company is taking to ensure that they’re taken care of during a shutdown. Employees should know about how the shutdown impacts their compensation and benefits. They should also have options for financially weathering a layoff – such as potential hardship distributions from their 401K accounts – explained to them.

However, it’s also important to ensure that the messages being communicated to employees are consistent across the company. If each manager or senior executive is communicating something different, it can become frustrating fast. This can help stoke concerns and negative feelings towards the company, setting the company up for claims and retention issues, while also impacting the company’s ability to return to work effectively and efficiently when the shutdown ends.

Financial planning, forecasting and contingencies
According to panelist Lauren Friend McKelvey of Odin, Feldman & Pittleman, the financial impact of a long government shutdown shouldn’t come as a surprise for a company. Both Mr. Kuhn and Ms. McKelvey agreed that one of the largest mistakes a company could make in a shutdown is failing to immediately draw up economic and financial forecasts. Forecasts and budgets for short shutdowns, and increasingly longer shutdowns, need to be established so that the company can understand its financial situation as the shutdown continues into the future.

Ms. McKelvey encouraged all in attendance to reach out to their sources of capital and financing immediately after that financial picture is known. “Reach out immediately and overcommunicate with the bank,” she explained. “Ask what your financing options are. Can you get creative with collateral for a line of credit?” She also encouraged those that find themselves with limited financial resources and options to consider bankruptcy reorganization for, “temporary relief from cashflow issues,” which is a particularly attractive option for government contractors since federal law mandates that a governmental agency can’t discriminate against a contractor or deny an award for new business as a result of the contractor being in bankruptcy.

Cancel excessive things
If your executive team or sales team is still entertaining clients with expensive meals or going on expensive travel and billing it back to the company, it not only looks bad to the employees that aren’t being paid or are being asked to give up their PTO, it’s bad for a company’s financials while money isn’t coming in from government customers.

Mr. Kuhn encouraged all in attendance to reevaluate their spending during a shutdown to identify wasteful expenditures – from trainings to meals to travel. As an added benefit of canceling these frivolous expenditures, the company can use the opportunity to weigh the value and worth of all of their expenses and find things that could be cut in the long term – even when there is no government shutdown. If companies use the government shutdown wisely, they could come out of it leaner, more efficient and better positioned for the future.