Behind the Tenable IPO: How to Win Through Transformative Change 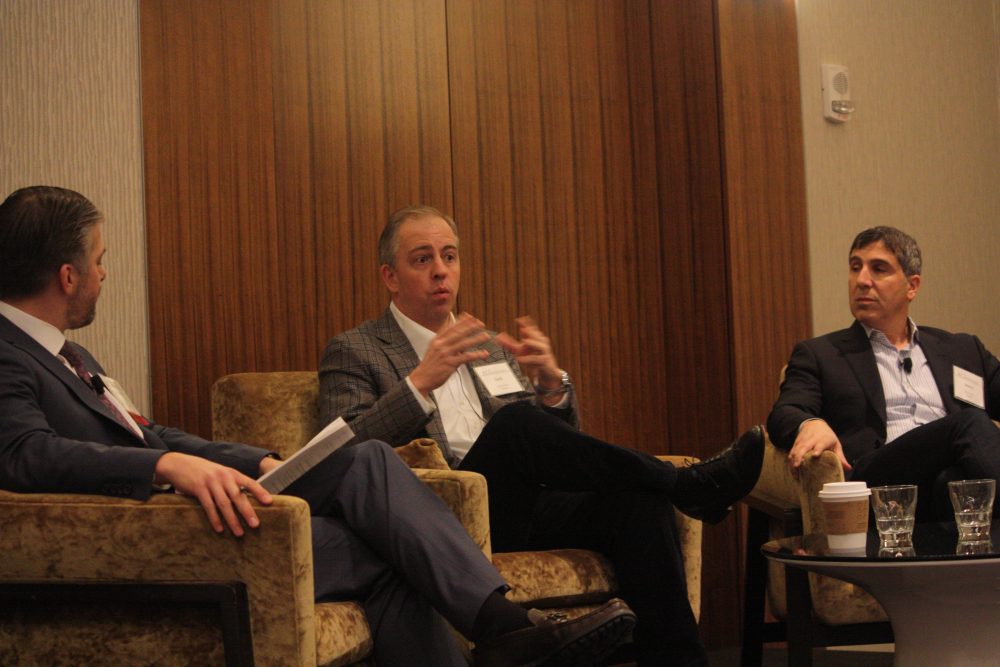 Sometimes from the summit of success, it’s hard to see the winding, often treacherous road and the risky, uncertain decisions that led there.

The casual observer might be forgiven in thinking that the “overnight” success of the Tenable IPO, one of the largest tech IPOs in 2018, was preordained. But that overnight success was “a decade in the making” and far from certain. Jack Huffard and Steve Vintz, Tenable’s Chief Operating Officer and Co-Founder, and Chief Financial Officer respectively, corrected the record for ACG National Capital members and their guests at the January Monthly Meeting.

Jack and Steve remember the pitfalls they’ve hit, dating back from when they were holding their board meetings at a McDonald’s restaurant, up until the $2.1 billion Tenable IPO hit the record books.

Over and over, Tenable and its leadership were willing to embrace big changes in their business model and depart from their original course to succeed. When, for example, one of their early major contracts fell through at the last minute in 2011, the team had the boldness to upend their business model and embrace the as-yet-unorthodox subscription model that – in one year – turned their $10 million company into a $20 million company.

They again demonstrated this in 2015 when the executive team gave up about half of their equity in the company to make room for the only venture capital firm that offered them B round financing. “No one [else] called,” Jack remembered, forcing the founders to make the immensely personal decision between walking away from a lengthy courting process that had begun with so much potential empty handed, or accepting a deal that would dramatically change their relationship to the company that they had built.

This flexibility and ability to make hard, albeit necessary, decisions was evident right up until the very day of the Tenable IPO, which itself was the product of a rapid, “upside-down” change to ensure that investors got substantial returns.

Not all of the decisions that Jack and Steve have made over these years have been easy. Far from it. But the results of their, “my god, what have we done?” moments, their ability to remain flexible and their willingness to make drastic changes have been key to their company’s success.

The National Capital region, they noted, has the kind of diverse business ecosystem that enterprises, particularly in cybersecurity, can leverage for success. Even though the region is often painted as solely the home of public sector business, the Tenable executives stressed the wide array of talent and venture capital in the region available to companies that are outside of the government contracting industry. “Some of the best minds in the world are running cyber companies here,” and numerous potential investors ply their trade here as well.

As Jack and Steve’s story of how they got to the Tenable IPO shows, leaders must be ready to adapt and change with the needs of their business and take advantage of the opportunities that present themselves. In the National Capital region, support exists to allow the kinds of transformative changes that, with perseverance, will pave the road ahead.

If you missed the January Monthly Meeting, click on the slideshow below for pictures from the event. 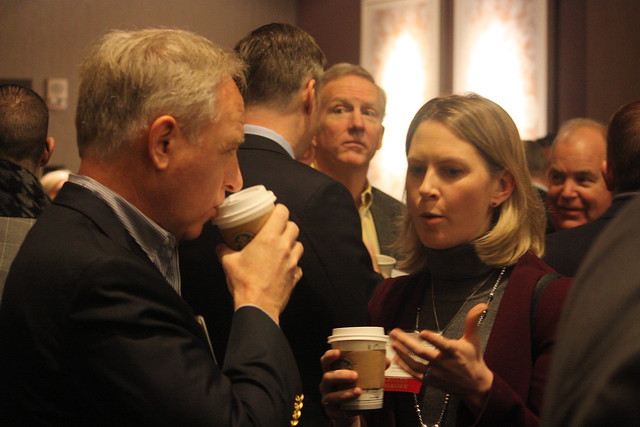