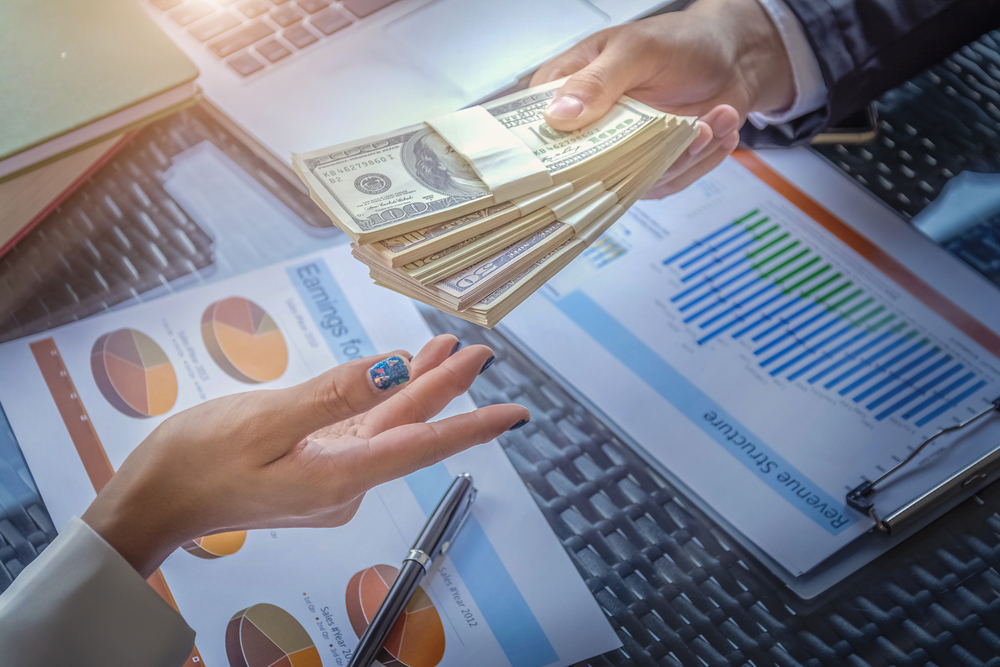 Loaning a couple of bucks to someone that works in your office, or plays on your softball team probably doesn’t seem like that much of a risk. After all, you see that person every day, or every game night, so they’d feel relatively incentivized to pay you back – if only to avoid being hassled on a regular or semiregular basis.

Well, this same concept – scaled up via technology and a driven group of executives with serious financial services experience – is now putting a local D.C. area company called StreetShares on the map.

The CEO and Co-Founder of StreetShares, Mark Rockefeller, recently appeared as a featured speaker during the 2018 mid-Atlantic Growth Conference, where he shared the story of the company’s founding, and also explained why their concept of affinity-based lending is a winning one. 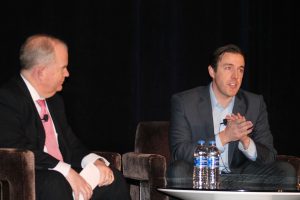 “I was in the Air Force for nine years, and I saw the incredible things that people would do for each other…on the battlefield…if you could bring them into a financial setting, they would at least pay each other back…” – Mark Rockefeller, CEO and Co-Founder of StreetShares.

Much like many great ideas and companies, the StreetShares story started in a residential basement, where – in violation of his HOA bylaws and rules – Mark built the company from the ground up with his Co-Founder, Mickey Konson. Also, much like other great ideas and companies, the concept for StreetShares came from identifying a problem or gap in the marketplace, and figuring out a way to fill it.

The marketplace was banking, and the gap involved small business lending for veterans.

Ultimately, Mark and Mickey recognized that many veterans look to go into business for themselves following their military career. As Mark, a veteran himself, explained, “Depending on whose numbers you’re looking at, veterans own somewhere between 9 and 15 percent of all small businesses in America, and yet we’re a much smaller percentage of the population…we go into business at a much higher rate. If you enter the military at 18 and retire from the military at 38 with a pension, you’re too old to start at the bottom of the corporate ladder in a new career, so you start a small business.”

Unfortunately, many of those veterans struggle to find the small business loans that they need to make the leap into small business ownership. As Mark said, “…the major institutions that serve [veterans] financially – those major banks and credit unions – don’t do small business lending, so there’s a great opportunity, a market gap and a need.”

Taking a lesson from the credit card industry
Trying to identify an avenue in which to address this gap in the marketplace, Mickey turned to his extensive history working with the affinity credit card business at Capital One for inspiration. Mickey’s data showed that members of affinity groups were more likely to pay their affinity credit card bills because they had a special attachment to the community that they represented.

“Capital One had a very well performing Red Cross affinity card,” Mark explained. “Nobody defaults on the Red Cross card. It feels wrong. It seems immoral.”

With an understanding of how financial transactions between members of an affinity group can help to de-risk that transaction, the duo looked to parlay that same human behavior into small business lending. Bolstered by the Jobs Acts of 2012, which paved the way for crowdsourcing and lending between non-accredited investors, the duo launched StreetShares, which utilizes technology to bring members of an affinity group together for the purpose of borrowing and lending money.

When it came time to determine which affinity group the company would focus on first, the choice was easy – veterans. As Mark stated, “I was in the Air Force for nine years, and I saw the incredible things that people would do for each other overseas and on the battlefield. And I theorized, that if you could bring them into a financial setting, they would at least pay each other back, or they’d be slightly more likely to pay each other back.”

How it works
The StreetShares platform is paradoxically both relatively simple and incredibly nuanced. Individuals that represent both parts of the transaction – borrowers and lenders – from within the affinity group can become members. Borrowers can then request small business loans from the lenders.

However, before the request is submitted, the borrower must be approved. As Mark said, “This is not subprime, this is not high risk lending. We call it product underserved, but not credit underserved. Most of the folks that we lend to are bankable, but the bank doesn’t do it this fast and at this size.” 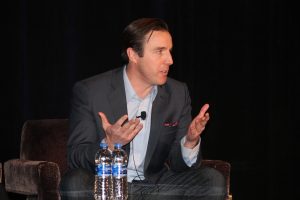 “Can you de-risk financial services by tapping into human loyalty across the board? That’s the million dollar idea.” – Mark Rockefeller, CEO and Co-Founder of StreetShares.

To ensure that the borrower meets the company’s requirements and is not a risk, they are scrutinized by a combination of humans and robots. “[StreetShares’] lending engine allows you to onboard these folks in a highly automated and digital way and assess their credit risk,” Mark explained. That involves having AI systems parse through a borrower’s financials, tax records, social media data and other Big Data sources to determine their risk.

But the platform doesn’t just rely on automated systems. According to Mark, “…that [data is] served up…for our human underwriters. There’s a human element to it. We believe it’s difficult to fully automate lending. There’s a human, judgmental, discretionary element that you need.”

Overall, the process is incredibly fast and efficient. Borrowers can apply in minutes, qualify in seconds, and get funded in just a couple days.

Funding the future
Today, StreetShares boasts more than 50,000 active members, but almost unquantifiable potential. The company sees clear opportunity to expand their platform beyond veterans and into new and different affinity groups.

But there’s an even larger and potentially more lucrative play for the company in the future. StreetShares has identified a very interesting and innovative approach to de-risking financial transactions that could be potentially rolled out across other financial services companies – many of which would potentially pay to license the technology and IP that they’ve developed around the idea.

As Mark explained, “Can you de-risk financial services by tapping into human loyalty across the board? That’s the million dollar idea. We’re working very hard to build all of the tech, all of the platforms and all of the IP around how you do that. We can then license that to other financial services companies. That is something that should be of interest of every bank and every insurance company in the world.”

To learn more about StreetShares, visit them online by clicking HERE.