From Startup to IPO: Matt Calkins’ Story Behind Appian’s Success 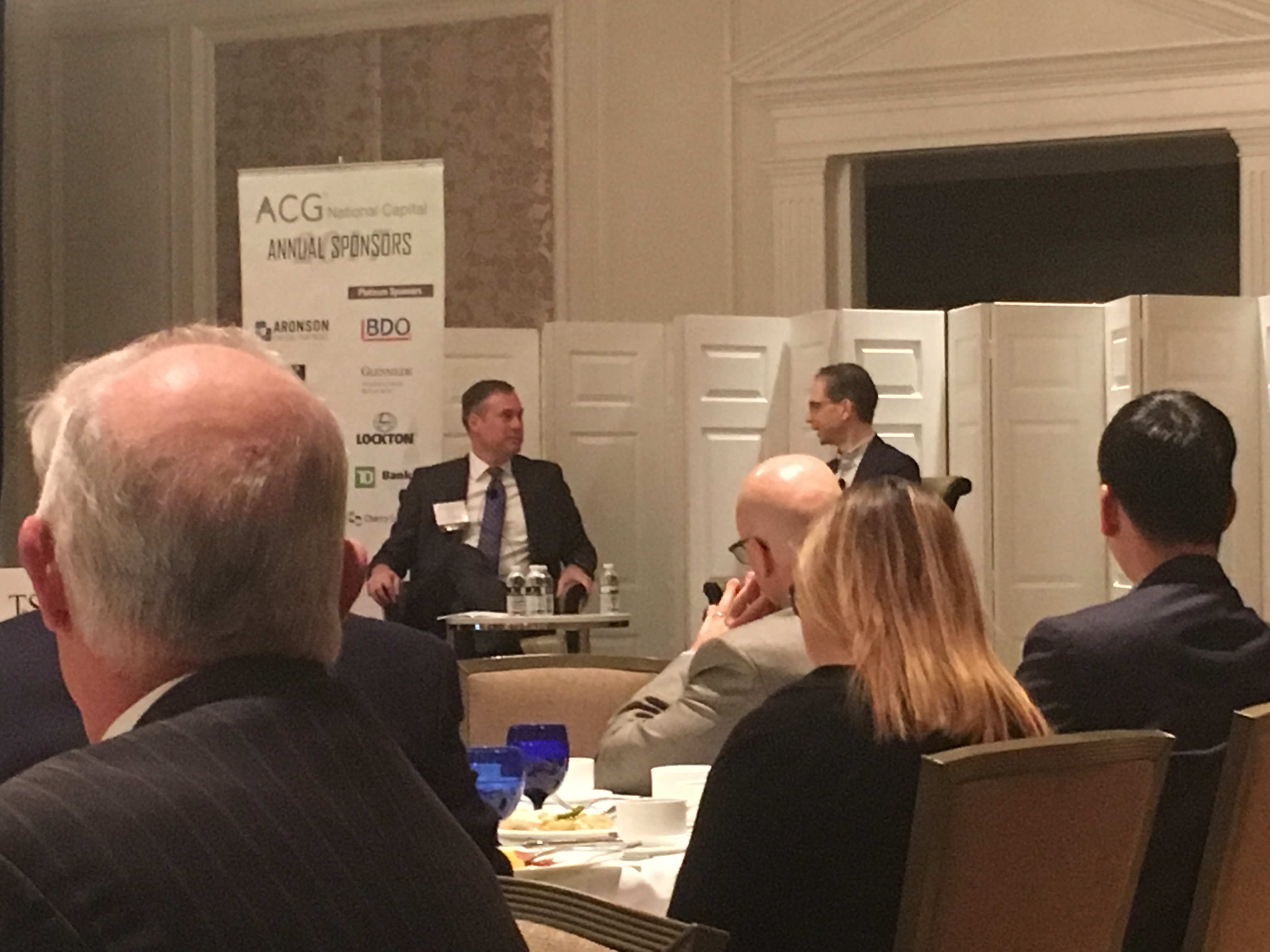 Appian, which launched one of the most successful initial public offerings on the stock market this year, is not your typical Silicon Valley technology startup – despite the company’s CEO and founder, Matt Calkins, hailing from California. The company actually started out almost twenty years in the Washington D.C. suburbs of Northern Virginia.

Why did a California native choose the national capital region to start and build his company? Those questions – and many others – were answered when Calkins addressed the ACG chapter members at the recent ACG National Capital Monthly Meeting.

Calkins founded Appian out of his apartment in Northern Virginia at the age of twenty- six and has remained loyal to the region and his friends turned co-founders since then, so when choosing a region for the company’s headquarters, the suburbs of Northern Virginia made logical sense.

At the meeting, Calkins said, “All our development is done here in the building where I work in northern Virginia. Our board of directors is drawn from the best and brightest; we are a testament for how capable Washington is in creating business. All of our funding and support has been received from D.C. This area is a cultured, world-class region that people enjoy living in.”

The CEO and co-founders of Appian weren’t computer programmers when they started the company nearly 20 years ago, but it turns out you don’t necessarily need to be one to grow a successful business. For Calkins, his successes have resulted from working alongside people he enjoys and those that are equally as passionate about the work they do each day. And the executive team continues to look for those same attributes in the employees they hire. “There is a certain generosity of spirit among people we look for, who we know will be excellent at everything they put their minds to,” he commented at the meeting.

Unlike many other CEO’s, the people that make up Appian’s business are so important to Calkins that he tries to be a part of the recruiting process and conduct every single interview that he’s available for, which includes 80-90% of the college job fair interviews that are held each year.

Calkins made it clear the road to success doesn’t come without its challenges. Within the past decade, the company had to overcome many political and economic hurdles, including the downturn of the economy in 2008. Around that time, Calkins explained, “Appian chose a business plan that made us vulnerable to the market crashing. Because of that, we had to restructure and make the company more relevant.”

The executive team at Appian went back to the drawing board where they saw a need for organizations to be able to make their own software themselves in a quicker and more efficient fashion. Rather than using extensive code to do so, Appian came up with a unique framework for their customers – a “low code” technique that starts with drawing things out like flow charts, forms and rules to enable anyone to create the software on their own.

In order to create Appian software, you don’t need to be a programmer. It’s this low-code technique that has differentiated Appian from other software companies and drawn in so many clients both in the D.C.-metro area and around the globe. The software is secure and can run on every mobile device, on desktops, and in the cloud.

Calkins continued, “We wanted to change the world by cutting the amount of work it takes to build custom software in half. We’ve made it a powerful unification tool and allocated a lot of money into product development. We believe in small, lean teams and don’t let analysts define what this product is.”

If there is one last piece of advice Calkins can give other business owners, “Becoming profitable has been a learning experience. It’s not a DNA switch that can be turned on. At the end of the day, we are just trying to create value for our customers.”