The impact of technology on commercial real estate and retail 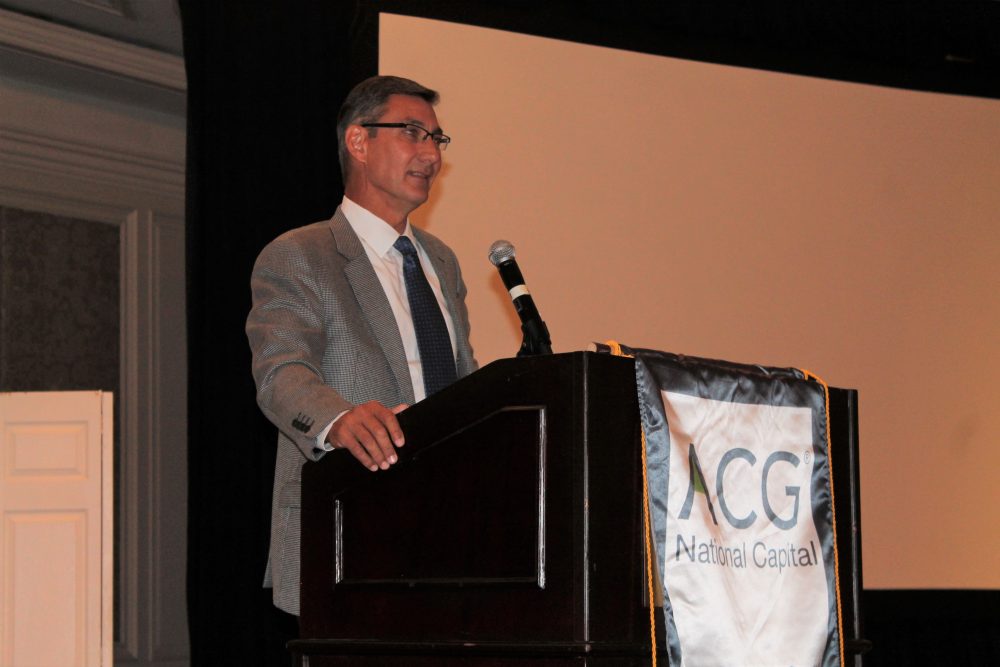 Earlier this month, members of ACG National Capital had the pleasure and opportunity to listen to an address from Donald “Don” Wood, the President and CEO of Federal Realty Investment Trust – a leader in the ownership, operation and redevelopment of high-quality retail based properties located primarily in major coastal markets, including Washington, D.C.; Boston, MA; San Francisco, CA; and Los Angeles, CA.

Technology – especially mobile technology – is a disrupting force that is revolutionizing how people do practically everything. And real estate is not immune to the impact. During his address, Mr. Wood laid out some of the commercial real estate trends that he sees changing and evolving thanks in large part to new technologies and the influence they’re having on consumers.

Early on in his address, Mr. Wood pulled a mobile device from his pocket and asked it for a baseball score, which was returned immediately. It’s this spontaneous gratification and convenience that people have become accustomed to that is permeating the real estate market and influencing commercial real estate trends.

When trying to describe the sheer influence of mobile technology on our lives, Mr. Wood claimed, “Every single one of us now has this expectation of service, expectation of efficiency that wasn’t possible even a few years ago. Now you all know that, but you may not even realize how it has dramatically affected your lives – from how you shop, how you live, how you think about things.”

Real estate investment trusts (REITs) are most successful in places that are growing. Not just in population, but also in wealth and household income. And the cities we’ve mentioned – DC, Boston, Atlanta, San Francisco and Los Angeles – above certainly fit the mold. But it’s where these metro areas are growing that is the most interesting, and where Mr. Wood sees the largest influence of technology and culture.

Pike & Rose, one of Federal Realty Investment Trust’s exciting new developments, is a mixed use community located in the heart of Montgomery County, and a great example of the impact technology is having on commercial real estate trends.

We are looking at a big, big urbanization trend that’s caused by [mobile devices] and mass transit and the need for convenience and efficiency. That’s unprecedented,” Mr. Wood explained. “We’re seeing it in every major market – a coming into the center of these metro areas.”

But that’s not the whole story.

If people were simply looking to move into these cities for convenience and efficiency, the downtowns and most urban areas within them would be seeing the most massive growth and investment. But that’s not what the commercial real estate trends illustrate.

Rather, Mr. Wood explained, it’s these small pockets of urban-like areas around the downtowns and just outside of the city proper that are showing the greatest promise to real estate developers and investors – areas that Mr. Wood referred to as, “Edge Cities.” And much of that stems from a broad definition of what “urban” means, and what people are truly looking for.

“Everyone would agree that the corner of 57th Street and 5th Avenue in New York City is urban,” Mr. Wood said. “But some people think Bethesda is really urban. And some people think Gaithersburg is on the edge of being urban. The reality is, what people are really saying when they claim to want “urban” is that they want all of the conveniences of shopping, living, working, mass transit – without the downsides.”

The impact of technology on commercial real estate trends doesn’t end with where developers chose to build, but also how they design and layout their properties. The more people use their mobile devices, the more isolated they feel from each other, and this isolation drives a desire to feel like a part of a community. This desire to have community is driving developers to embrace open spaces to enable people to be around others.

“Everybody wants to feel like part of a community. The more you use mobile devices the more alone that you can feel. The type of real estate that you see being built – the mixed use properties that are being built – are being constructed with open spaces to enable a sense of community,” Mr. Wood explained.

“But the most interesting facet to me? Take a look at people that are outside in those public and open spaces that are so important to them,” He continued. “You know what they’re doing? They’re using their mobile devices! They’re alone, but together…We want to be sitting in a park with every possible service available to us among other people that we don’t want to speak to them.”

But despite technology and the mobile device having such a far-reaching and deep impact on commercial real estate trends, there’s still one dreaded element of real estate that it has yet to defeat – parking lots. Despite the prevalence of car sharing, mass transit and ride sharing services – such as Uber and Lyft – Mr. Wood stated that the parking lot is still essential and is here to stay – for now.

For information about upcoming ACG National Capital Events like our recurring Monthly Meeting Series, click HERE to check out the chapter’s event calendar.