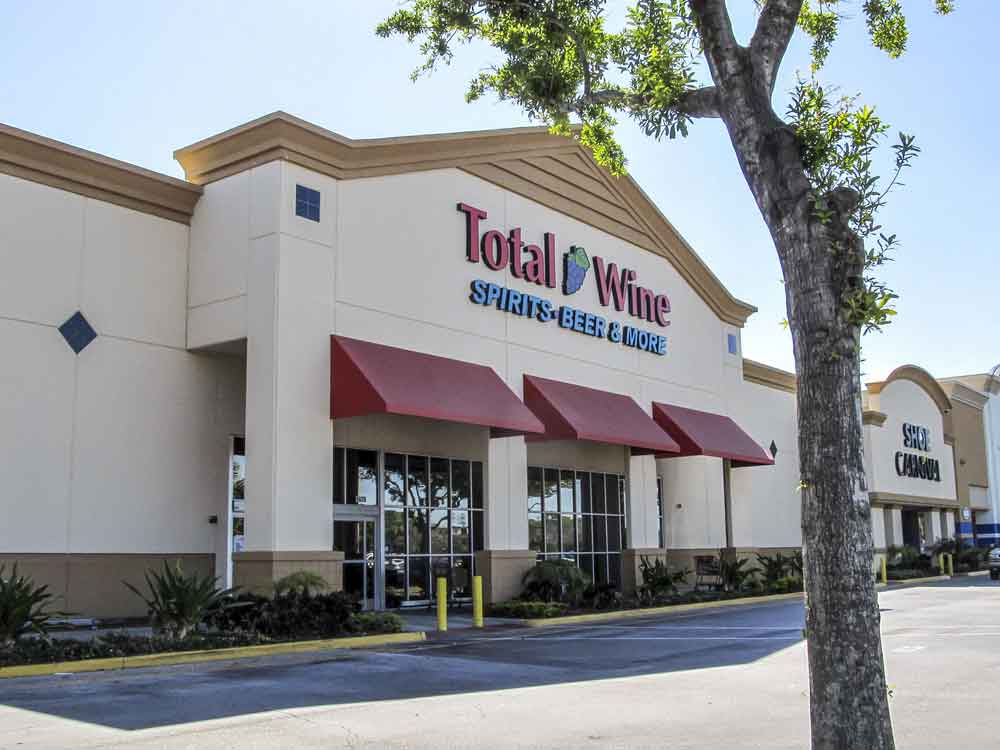 We get out of bed in the morning and we have to think about how to make a better experience for the customer, not how to make money. If we get the customer right, we’re going to win. – David Trone addresses his audience at the 2017 Mid-Atlantic Growth Conference.

At this year’s 23rd annual Mid-Atlantic Growth Conference hosted by ACG National Capital, David Trone, CEO of Total Wine spoke to a room full of attendees about the retailer’s successes as it has grown from one store to the largest independent beer, wine and spirits retailer in the country. Total Wine now has 142 stores spanning twenty states and brings in $2 billion in annual revenues. According to Mr. Trone, the retailer’s success has been predicated on having a long term strategy, remaining curious and asking questions, and taking risks with innovative ideas like experiential marketing and technology investments.

As Mr. Trone points out, “If we can remain curious about things and ask a lot of questions, we can learn a lot. We also have to have initiative and need to just go and do it. Sometimes executives get to the point where they have reached a billion dollars in revenue and…they just want to protect their wealth. If you assume risk, tap the marketplace, and drive customer satisfaction, you can continue to grow.”

Mr. Trone believes many companies fail because they reach a certain level of growth and get stuck in a consensus building mindset. And as a business owner, Trone says he would rather, “have more disruption,” and, “take a chance on an idea that looks promising than become a consensus builder.”

Trone is living true to his word as the retailer is set to build an additional 24 stores in the U.S. this year. As he says, it’s not about how many stores you’re building; it’s about the, “where and why.” To Mr. Trone, the, “where and why,” of Total Wine has always thrived on what he calls, “The three C’s,” which include: customer, culture, and competition.

At Total Wine, the company believes in having a myopic driven mission such that customer satisfaction is created seven days a week. As Trone mentions, “We get out of bed in the morning and we have to think about how to make a better experience for the customer, not how to make money. If we get the customer right, we’re going to win.”

“Sometimes executives get to the point where they have reached a billion dollars in revenue and…they just want to protect their wealth. If you assume risk, tap the marketplace, and drive customer satisfaction, you can continue to grow.” – David Trone describes the drive that will result in the company opening 24 new stores this year.

A strong corporate culture is another important aspect of Total Wine’s success and growth. Because employees are scattered across the country, Mr. Trone believes it is sometimes difficult for them to articulate their ideas and, “pour their ideas together,” but when you show employees how valuable they are, they can, “all win as a team.”

Of course, Trone acknowledges the company should always have a heightened awareness of competition, especially as the market changes in this digital age. He believes, “omni-channel marketing is the future,” so much so that one of the company’s top goals is to provide a seamless, effortless customer experience for everyone who steps into a Total Wine store. That can mean anything from being able to use an app to place an order, or compare prices between Total Wine and Safeway, to being informed as to what wine would pair best with a certain meal.

In order to be the largest wine retailer in America, Trone says, you must build business for the long term but also keep in mind who are the primary competitors and where the market is likely to change and that starts with millennials.  According to Trone, there will be more growth in spirits over the next decade than there will been in wine. Millennials want something that’s artisanal, authentic, farm to table, and are interested in how their wine and spirits taste with food, which all lends itself to service.

While Total Wine relies on a few tenants to success such as great price and selection, with inventory ranging from two dollars to a thousand or more, Trone says their real differentiator is the ability to, “attract everyone into the building, regardless of where they are in the food chain.”