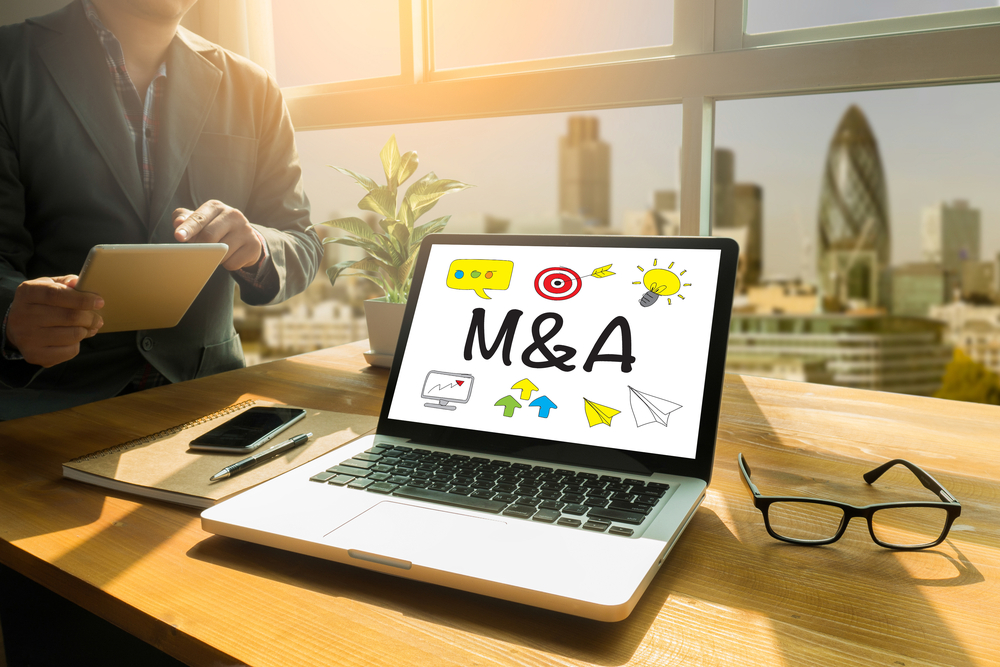 With so many different approaches to deal-making in the highly competitive and challenging mergers and acquisitions (M&A) market, it’s always helpful to hear best practices in the field from the experts themselves.

ACG National Capital recently hosted their 23rd annual Mid-Atlantic Growth Conference, where industry leaders and professionals came together to discuss success stories and share insights into industry trends and best practices. In one of the highly sought after sessions, Lessons from the M&A Playbook, Michele Kang, CEO of Cognosante, a health IT company, and Rick Calder, CEO of the global telecommunications firm GTT, participated in a panel discussion to share some of their experiences in deal-making to a room full of attendees.

Michele Kang, CEO of Cognosante, began the health IT solutions and services company when she realized there was a need to connect the dots in health IT and bring innovative solutions to market in a way that had never been done before. According to Michelle, Cognosante is a, “health IT solutions and services company focused on large public health programs – so Medicare, Medicaid, insurance exchanges, veterans health and military health. “ She says, “through our customers, we reach 180+ million American citizens, which is more than half of this country. Our differentiator is we think fundamentally differently – I call it ‘uberizing’ healthcare.”

Cognosante is a privately held company that has experienced significant growth since it was founded, in contrast to the global telecommunications firm GTT, a publicly traded cloud networking services provider who CEO Rick Calder says was “born from M&A”.

Rick believes one of the biggest reasons acquisitions fail to live up to expectations is because, “M&A must follow a strategy and not vice versa.” He adds, we’ve, “seen time and again firms say ‘we don’t like our strategy or we don’t like our business, so we’re going reinvent our business through M&A and move to something else.’ And that’s highly risky. So, we have a very defined strategy, providing cloud and networking services to large clients and extending connectivity to everywhere in the world and we’ve found companies that compliment that strategy.”

At a high level, Rick’s approach to M&A is pretty straight forward and follows three key components: finding companies that align with your strategy, quick integration (under six months), and perhaps most importantly, paying the right price.  Rick adds that GTT has walked away from auctions plenty of times because the deal was not the right price, and, in fact, says that most deals he’s completed stemmed from a second or third round of an auction.

At Cognosante, Michele says she began acquiring companies because of the need for a strong business foundation. Michele normally looks at acquisitions preemptively and looks at where the market is going and where she plans to be two or three years down the road. She says it’s important to look at what the industry needs and what pieces are missing because typically those areas of specialization are buried somewhere within various companies. As an example, Cognosante realized there was a specific relationship and technology they were looking for from another company so they bought the firm to fill the void that was missing from the organization.

Both Michele and Rick agree that when it comes to involvement with the M&A process, it’s best to start small. Normally, both are the only ones involved at the very beginning of the M&A process. After conversations have begun and some general terms have been laid out, Michele will then bring other experts such as the CFO, lawyers, and program managers who can ensure due diligence is being done.

Rick also has a small team at GTT, and says – most of the time – employees are doing double duty, so many are running their core businesses while integrating new ones into the company. Just recently at GTT, they developed a small corporate development team to help with the M&A process.

When it comes to price, Rick says GTT on average has historically paid a premium at about 5 times a company’s value. For growing assets they may pay a little more, and a little less for shrinking assets, but at the end of the day they are most interested in what will increase shareholder value.

In contrast, Michele says she looks at pricing strategically and always considers whether or not she would accept the deal if she were in the sellers shoes. For her, purchase price is more about what she can do with the company down the road and considers that more than revenue and synergies. She’s really looking at companies to see what solutions and innovations they can bring to health IT and believes the real investment starts after the purchase.