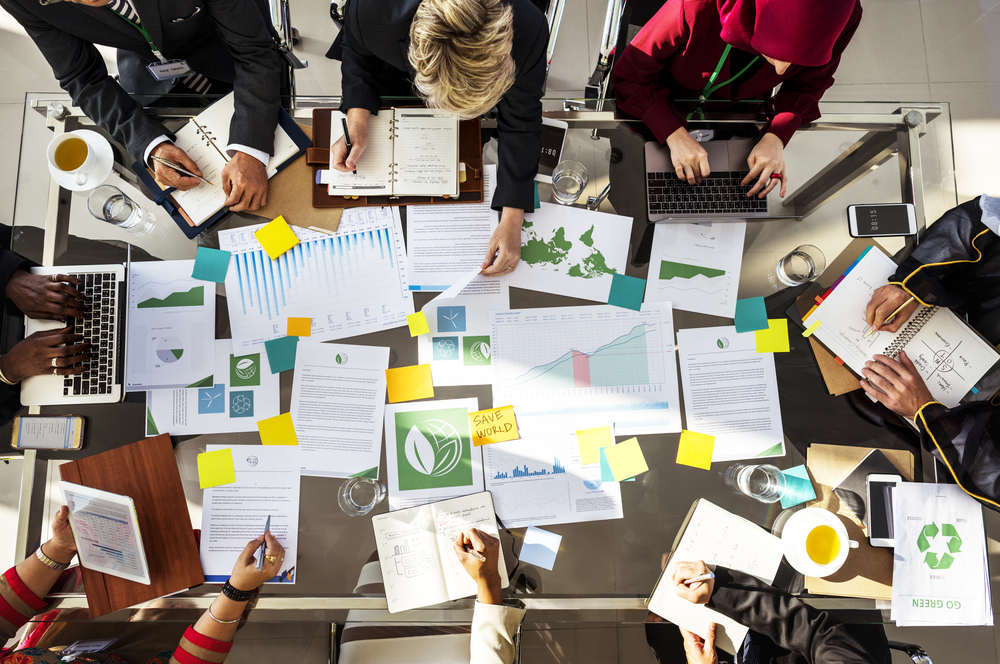 Although Orbital Sciences Corporation has been in the news recently following its massive merger with ATK’s aerospace and defense groups, Mr. Tani’s presentation focused on his accomplished career as a NASA astronaut. Equipped with incredible anecdotes, photos, and videos, Mr. Tani took ACG members on an unforgettable and insightful trip to outer space.

The presentation began with a heartfelt homage to his parents. He shared an old family photo, which he later revealed was taken at an internment camp following the post Pearl Harbor national paranoia.

“I love this picture because my mother’s wearing pretty shoes, and my father has a nice tie on, and my brother is on a little makeshift walker,” said Tani. “When I look at this picture I can’t imagine having the dignity that my parents displayed after experiencing the indignity of being locked up just because of where their parents were born. A real point of pride for me – not only for my family but for my government – was getting past that dark period in our history.”

Although Tani was fascinated by model rockets as a young child, he never imagined he would wind up traveling to outer space in an actual rocket 30 years later: “I never envisioned myself as an astronaut, but the excitement of going fast, going high, and exploring, was something that was really interesting to me.”

After being an integral part of NASA’s space shuttle program, Tani was among the few astronauts to be selected to live on the International Space Station (ISS). “The space station is an incredible project. It was built by 16 countries; modules that were built in Russia, California, Huntsville [Alabama], and we put them together for the first time in space. It has been a real hallmark of international cooperation, primarily with Russia, Japan, and Canada.”

While sharing photos and videos captured on his many trips to space, Tani discussed what it felt like to orbit the planet for months at a time, and how such a surreal experience changed his perspective on life:

“I’m showing you some of these pictures because we live on an incredibly beautiful planet. You’ve seen pictures of Mars and the Moon and it’s certainly cool, but when you look at pictures of the Earth, it’s so varied and beautiful in terms of colors and textures, and it makes me so proud to make me a resident of this planet,”

He continued: “You can’t see political boundaries, and it was an experience that I wish everybody could share, because you get this pride, this sense of planetary citizenship which replaces your pride in a country, state, or school. That was my overwhelming sense when I came back; pride in being a citizen of the Earth.”

Aware that his professional experience is vastly different than that of the average individual, Tani highlighted the importance of three characteristics we can all relate to:

Although most of us will likely never leave the Earth’s atmosphere, there is a lot we can learn about what it takes to be successful, and Daniel Tani’s listed traits can certainly play a big part in shaping the right mindset and attitudes.