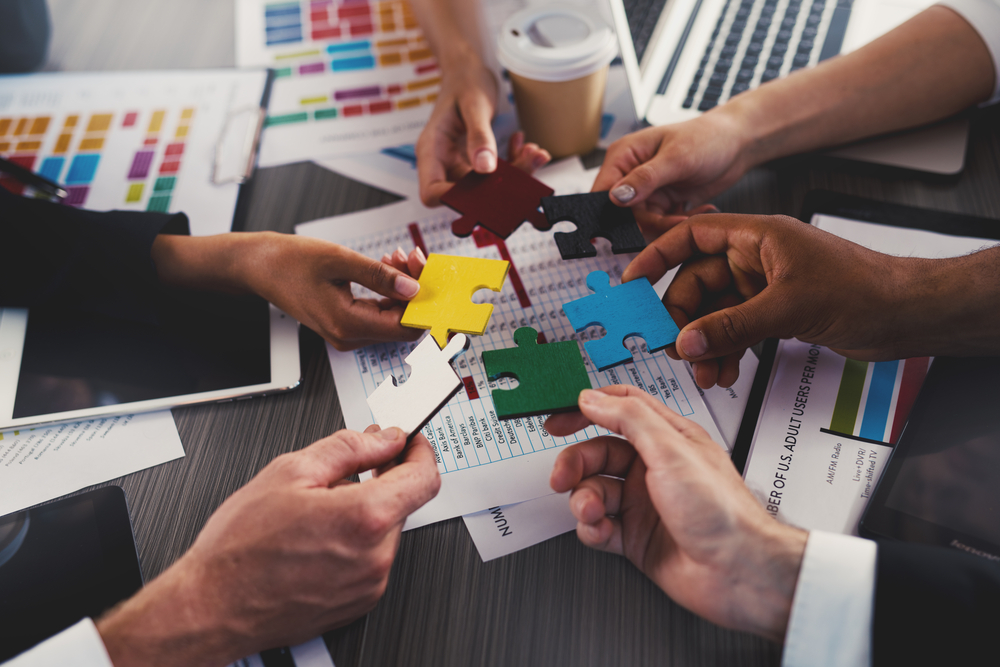 In our previous member spotlight, we had the pleasure of connecting with Tucker Sampson, a senior vice president at Bank of America. Tucker shared details about his work with clients in middle market banking, along with his experience in working with a diverse set of clients in the professional sports arena.

This week we had the EXCITING opportunity to interview Curtis Schehr, Esq., Executive Vice President and General Counsel at DCS Corporation. Curtis was able to provide further insights on his distinguished career as a senior executive and general counsel in the government contracting and defense sector.  He also shares his take on the impact sequestration can have for defense and technology firms, along with his relationship with ACG National Capital.

Can you tell us a little bit about your background?

I began my career providing counsel to companies shortly after receiving my J.D., with honors, from George Washington University Law School. One of my early positions was with Vitro Corporation, a defense contractor providing engineering and support services to the U.S. Navy, where I served as Associate General Counsel.

After six years at Vitro, I had the great opportunity to join Anteon International Corporation in 1996.  Anteon, led by CEO Joe Kampf, provided information technology, systems engineering and integration services to the U.S. Government. I played an integral role as Anteon’s Senior Vice President, General Counsel and Secretary, and was part of the executive team that drove the company’s annual revenue from approximately $125 million in 1996 to an annual revenue run rate of approximately $1.75 billion in 2006.

In late 2006, following the sale of Anteon to General Dynamics, I joined DynCorp International Inc., a global government services provider delivering support solutions for defense, training and international stabilization. As Senior Vice President, General Counsel and Secretary, I managed a department of 17 employees and participated in developing and implementing the company’s growth strategy and policies. I also had the opportunity to serve as the company’s Senior Vice President, Chief Compliance Officer and Executive Counsel.

I joined DCS Corporation in November 2010 as the company’s first General Counsel. DCS Corporation is an employee-owned company that delivers advanced technology and management solutions to government agencies in the national security sector. As a member of the company’s Acquisition Committee, I’m also deeply involved in our M&A activities.  DCS very recently completed its first two acquisitions, OptiMetrics, Inc. and Infoscitex Corporation.  We are very excited these two companies have joined DCS, which broadens our customer base and service offerings.  Additionally, I’ve been tasked by the CEO and Board of Directors to enhance our governance, compliance and risk management efforts.

What was a key moment in your career that helped you get to where you’re today?

I would say that my work and involvement with Anteon was a signature experience in many respects. I joined Anteon in 1996 when it was a relatively small company with just over $100 million in sales.  Being actively engaged in supporting the company’s strong organic growth, supplemented by a robust mergers and acquisitions program, was a great experience in many ways.

I was also part of the team that guided Anteon’s initial public offering on the New York Stock Exchange in 2002. This public company experience was extremely valuable for me as I gained increased knowledge and hands-on involvement in corporate governance and securities.

While my experience with Anteon was tremendous in terms of professional growth as a general counsel, it also enabled me to develop as a leader and seasoned executive.  Now at DCS, I’m enjoying the opportunity to leverage these cumulative experiences in support of the company’s growth.

There’s been much talk among the government contracting community about the looming threat of sequestration. As a part of that community, what’s your take on sequestration? How will this impact the industry?

If sequestration does happen, the government contracting and defense services industry can expect serious consequences which will likely have a significant impact, particularly in the Washington, D.C. area.

Of course, the magnitude and severity of the impact on government contractors will vary considerably as a function of each company’s particular customer base, principal service offerings and ability to adapt to an even more austere government procurement environment.

Can you describe your relationship with ACG National Capital? How has membership factored in your career?

ACG National Capital is a great chapter to be a part of, especially for middle market companies who are actively involved in or contemplating M&A deals. The monthly breakfast meetings always feature strong and distinguished speakers that share their experiences, good and bad. The events are also well attended which provides tremendous networking opportunities.

At ACG events, I’ve had the great benefit of meeting with outside counsel, investment bankers, accounting firms and other service providers I’ve worked with over many years on various transactions. I’ve also enjoyed the opportunity to build relationships with executives at other companies which may lead to future deals.

As a newly elected board member to the chapter, I recently joined the membership committee. I’m hopeful that I can leverage my experience as past president of the Washington Metropolitan Area Corporate Counsel Association (WMACCA) to help the ACG National Capital chapter continue its growth and retention of a diverse set of members over the next several years.