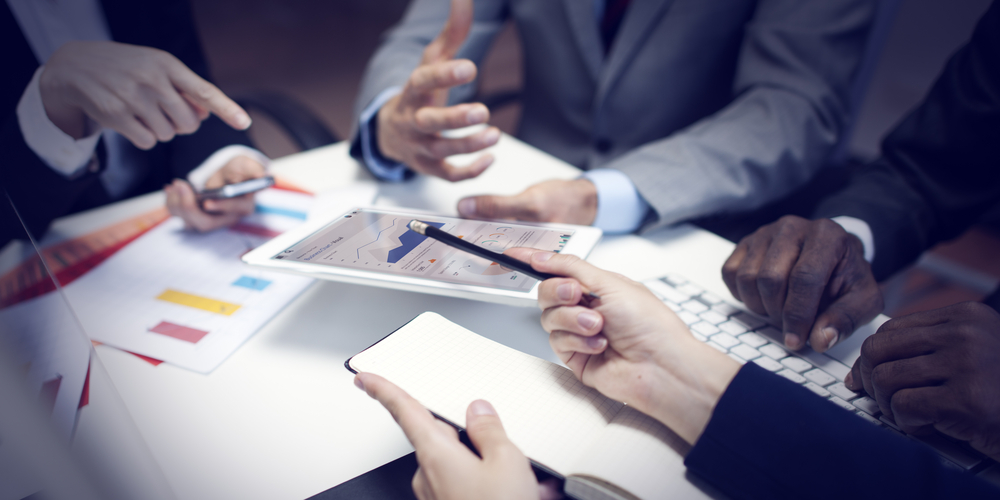 Yesterday, presidents and CEOs of small and emerging growth business met at the Tower Club to discuss social media and its impact on how enterprises are conducting their marketing, public relations and advertising.

These presidents and CEOs were joined by four panelists who not only believe in the power of social media, but also have seen results by adopting it in their company’s larger marketing strategies. The panelists were:

After each panelist gave a brief introduction and provided their personal definition of social media, they gave their opinion of how best to take the first step towards social media adoption.

Victoria Clark suggested first spending time listening, followed by playing with multiple platforms before picking one social network and focusing on it exclusively. Kevin Moss suggested CEOs and business leaders should take a big first step and put themselves and their names out there by commenting on blogs before eventually launching their own. Steve Gleave suggested following links and finding industry-appropriate forums, setting unrealistic goals (shoot for the stars, if you will) and finally moving in a direction with a clear-cut purpose.

Steve Gleave admitted that although he couldn’t provide hard numbers for the return on his company’s social media investment, he could see clear and obvious benefits. Social media is just one small part of his larger marketing budget, but has delivered much more per dollar than traditional public relations and advertising spends. The creation of Metaswitch’s own news channel via social media tools has enabled the company to highlight its news while simultaneously becoming a thought leader in its industry. They’ve also managed to turn company-created content into news articles and other earned media opportunities through twitter and other social networks.

Kevin Moss of British Telecom was able to point to his blog as a way to connect with the broader corporate social responsibility (CSR) community and make himself a thought leader within the United Kingdom and United States, not an easy task for an executive of a British company. He’s also been able to use the blog to highlight BT’s CSR activities and illustrate the company’s values to potential customers and partners.

At the end of the day, it was agreed that social media has become an integral part of the evolving marketing landscape. Its low cost of entry, flexibility and agility make it something that companies can easily adopt and change based on success and returns. It also may not have an easy to calculate ROI, but the benefits are present and clear when executed correctly.

What has your company done to embrace social media? What has the return been? Drop us a comment and let us know.